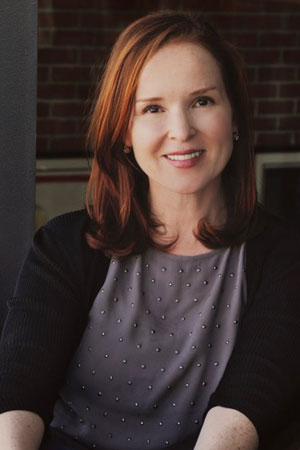 Golden Globe and Emmy-nominated producer, Jennifer Todd has been a film and television producer for over 20 years, with several critically-acclaimed, and box office hits, to her credit: THE WAY BACK (2020), starring Ben Affleck; ALICE IN WONDERLAND (starring Helena Bonham Carter, Anne Hathaway, Mia Wasikowska and Johnny Depp; directed by Tim Burton); ALICE THROUGH THE LOOKING GLASS; ACROSS THE UNIVERSE, starring Evan Rachel Wood; MEMENTO, which, in 2017, the United States Library of Congress deemed the film “culturally, historically, or aesthetically significant” and selected it for preservation in the National Film Registry; and, of course, the successful AUSTIN POWERS franchise. In 2017 and 2018, Jennifer produced the 89th and 90th Annual Academy Awards® with Michael DeLuca for ABC. She currently serves as an Academy Governor representing the Producers Branch.

From 2012 to 2018, Jennifer served as the President of BEN AFFLECK and MATT DAMON’s production company, Pearl Street Films and prior to that, President of Film at the Mark Gordon Company. Currently, Jennifer is producing films under her banner, JENNIFER TODD PICTURES, with a first-look feature deal at MGM. She is partnered with director Thomas Kail (FOSSE/VERDON, HAMILTON) in television, under an overall deal with Walt Disney Television Studios. She also currently serves as an Exec Producer on the Showtime series CITY ON A HILL, starring Kevin Bacon and Aldis Hodge.

While at Pearl Street, Jennifer produced LIVE BY NIGHT for Warner Bros., which Affleck directed and starred in. She also served as an Exec Producer on JASON BOURNE in 2016. Additionally, Jennifer was an Executive Producer on HBO’s PROJECT GREENLIGHT, as well as the series INCORPORATED for the Syfy channel.

Some of Jennifer’s other credits include CELESTE AND JESSE FOREVER, MUST LOVE DOGS, PRIME, BOILER ROOM, NOW AND THEN, and the HBO film IF THESE WALLS COULD TALK II.

Prolific in both independent and studio films, as well as television, Jennifer has been nominated for three Emmys, two Golden Globes, and the PGA David L. Wolper Award for Outstanding Producer of Longform Television. She has won the Independent Spirit Award for Best Picture, Women In Film’s Lucy Award, The GLAAD Media Award and a People’s Choice Award.

JENNIFER TODD IS THE NEXT “MUST-MEET” HOLLYWOOD POWER PLAYER AT THE HOLLYWOOD NETWORKING BREAKFAST.

GUEST SPEAKERS: Our Guest Speaker’s attendance is confirmed, schedule permitting. In the event our guest speaker is unable to attend, we reserve the right to provide a substitute speaker or initiate a different format (which might not include a substitute speaker) for that day/event. In any such situation, our no refund and no roll-over policy will apply.